Birmingham (Witton) Cemetery was one of the cemeteries in which the casualties from four major hospitals in Birmingham, and many smaller hospitals, were interred in the First World War.

Birmingham (Witton) Cemetery contains 459 First World War burials, more than 200 of which form three denominational war plots marked by Screen Walls bearing the names of those buried there and in graves elsewhere in the cemetery which could not be individually marked.

The cemetery also served Birminghams hospitals in the Second World War, and total number of casualties interred there number 685, - many of whom are in graves which cannot be identified individually, but who are commemorated on the Screen Walls.

Richard Roberts (<richard@nosnailshere.co.uk>) has provided the photo of the Screen Wall at Birmingham (Witton) Cemetery which carries the name of a soldier of the Yorkshire Regiment, and a close up of the panel on which the name occurs. 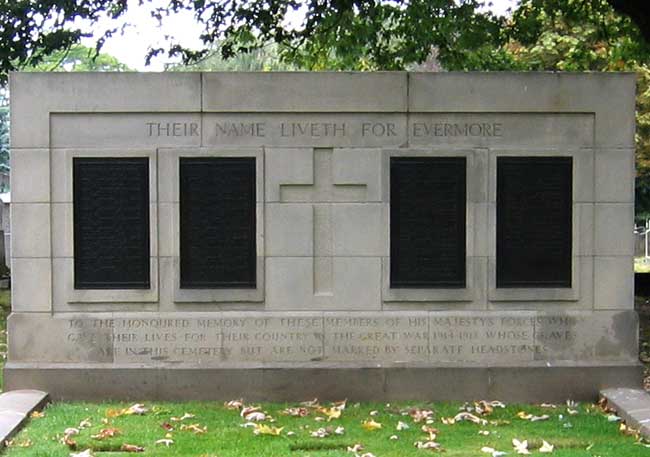