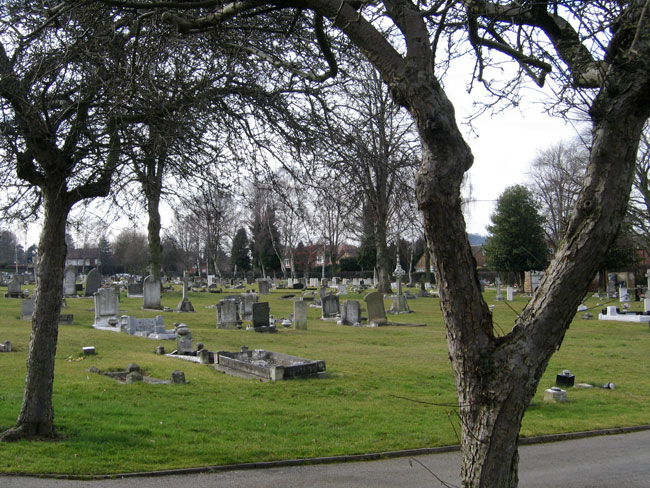 Beeston and Stapleford (Beeston) Cemetery. Ernest Jarrett's grave can just be seen in the crook of the tree on the right.
Photo by Richard Roberts (<richard@nosnailshere.co.uk> 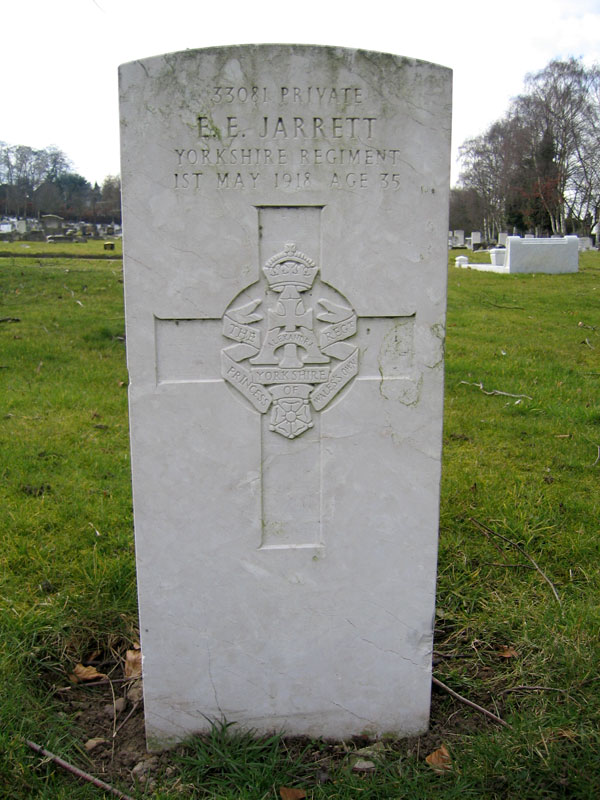