Aberdeen (Trinity) Cemetery is at the end of Errol Street, between King Street (the road to Old Aberdeen) and the sea, within the city.

A Screen Wall is erected carrrying bronze panels on which particulars of all First World War Graves in the cemetery are inscribed.
There are around 170 burials of 1914-1918, (including 1 unidentified sailor of the Royal Navy in F.3. 554(CMP)), and around 30 burials of 1939-1945. In addition there is 1 Non World War burial. 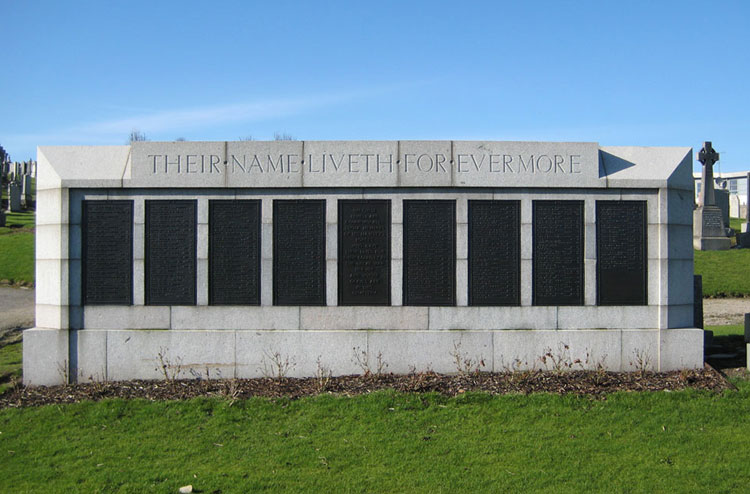 The Screen Wall in Aberdeen (Trinity) Cemetery on which the names of those buried in the cemetery are recorded,
together with plot numbers.
Photo courtesy of Colin Milne

Details of James Milner Baigrie's family history are shown on the Ancestry website. 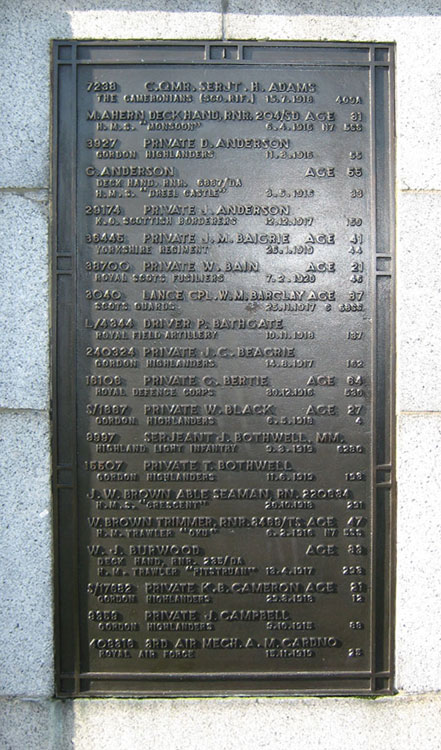 The Plaque on the Screen Wall bearing Private Baigrie's Name
Select the above image for a larger one, which opens in a new window.
Photo courtesy of Colin Milne