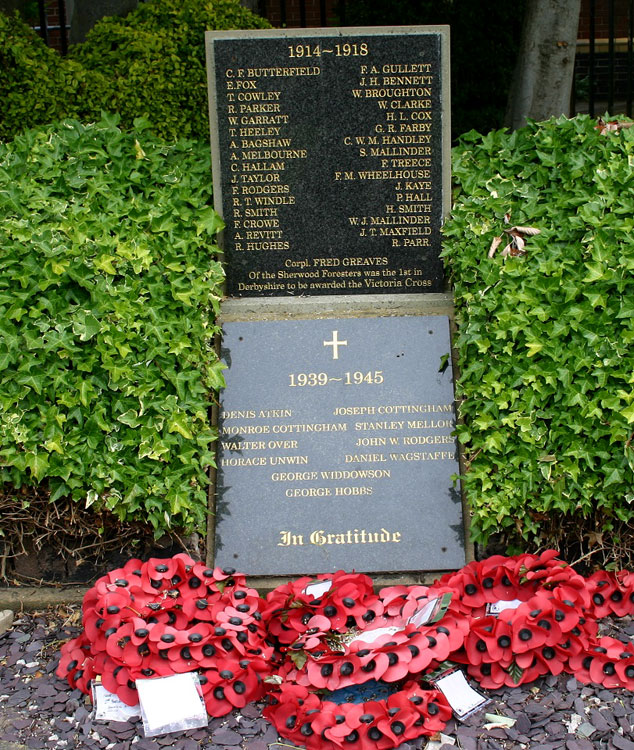 The Barlborough War Memorial is set in a Garden of Remembrance, built in 1951. The garden is entered through an elaborate archway, known locally as the Golden Gate, which was built in 1869. This archway was built by William Hatfield de Rodes in memory of his wife, Sophy Felicite de Rodes.
The Garden of Remembrance and the Golden Gate are located on the High Street, close to the Rose and Crown public house.

We are very grateful to Richard Clarke of the Derby and Derbyshire War Memorials Project for permission to use his photo of this memorial.

The connection of Private Crowe with Barlborough is not known at this stage. That "F Crowe" served in the Yorkshire Regiment is evidenced from the memorial in St. James' Church, Barlborough.
Private Fred Crowe had the earlier Regimental Number of 3819, before it was changed to 201105. He was captured and interned in a prison camp in Iserlohn, where he died on 13 October 1918. In the register of his private effects, he left £35/11/9d to his sister, Mrs Emily Bramley.
A Fred Crowe was born in Northallerton, N Yorks, in Q1 1882. In the 1901 Census he was shown as being a hair barber, living with his family at West Side, Northallerton.
In the 1911 Census he could not be found, but his sister Mrs Emily Bramley (born 1878) was living at 4 Railway Terraces, Northallerton. She was married to George Johnson Bramley and had 4 children.

Paul Burkitt <paul.burkitt@ebcuk.com> has commented on the reason that we could not find Fred Crowe on the 1911 Census, "He is there in Barlborough - Ancestry shows the name as Croue. He is working for an innkeeper in Barlborough." 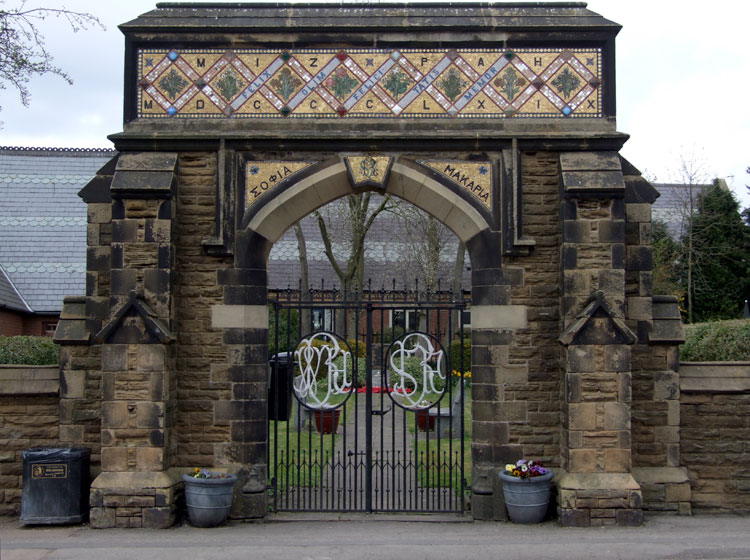 The Golden Gate Memorial, Barlborough, at the Entrance to the Garden of Remembrance
(The War Memorial can just be made out through the gates)
Photo : Richard Roberts (<richard.nsw@googlemail.com>)