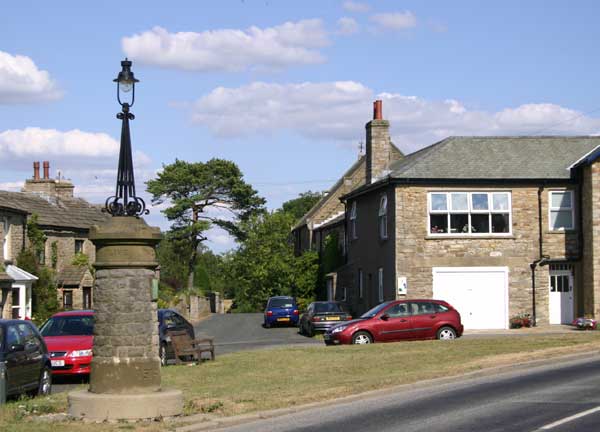 The Aysgarth village War Memorial is cyclindrical, in the form of a column for a street lamp. The column is rather curiously inscribed as per the diagram below.

The names of the men recorded on it are;-

Private John Percival of the Army Service Corps and son of William and Mary Percival, of Hazel House, Aysgarth, is buried in the churchyard of St. Andrew's, Aysgarth. 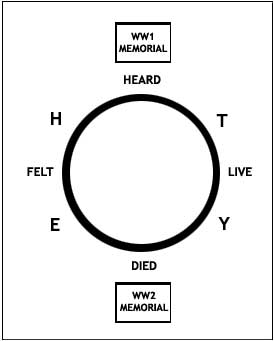 The arrangement of the carved inscriptions on the War Memorial at Aysgarth
(Photo : Edward Nicholl) 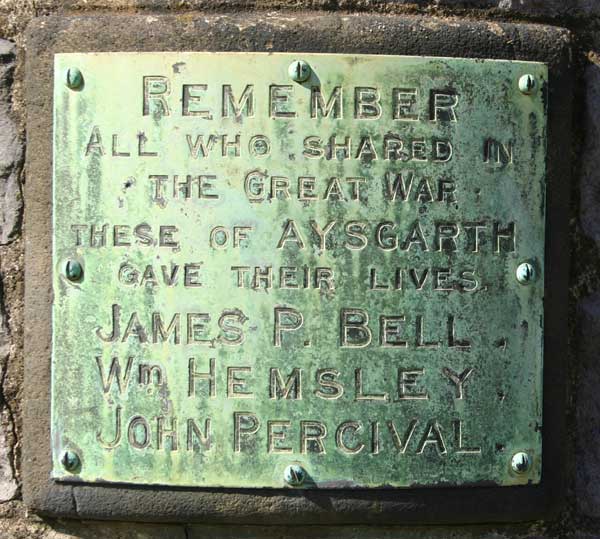 The plaque to those who fell in WW1 on the Aysgarth Memorial.
(Photo : Edward Nicholl)